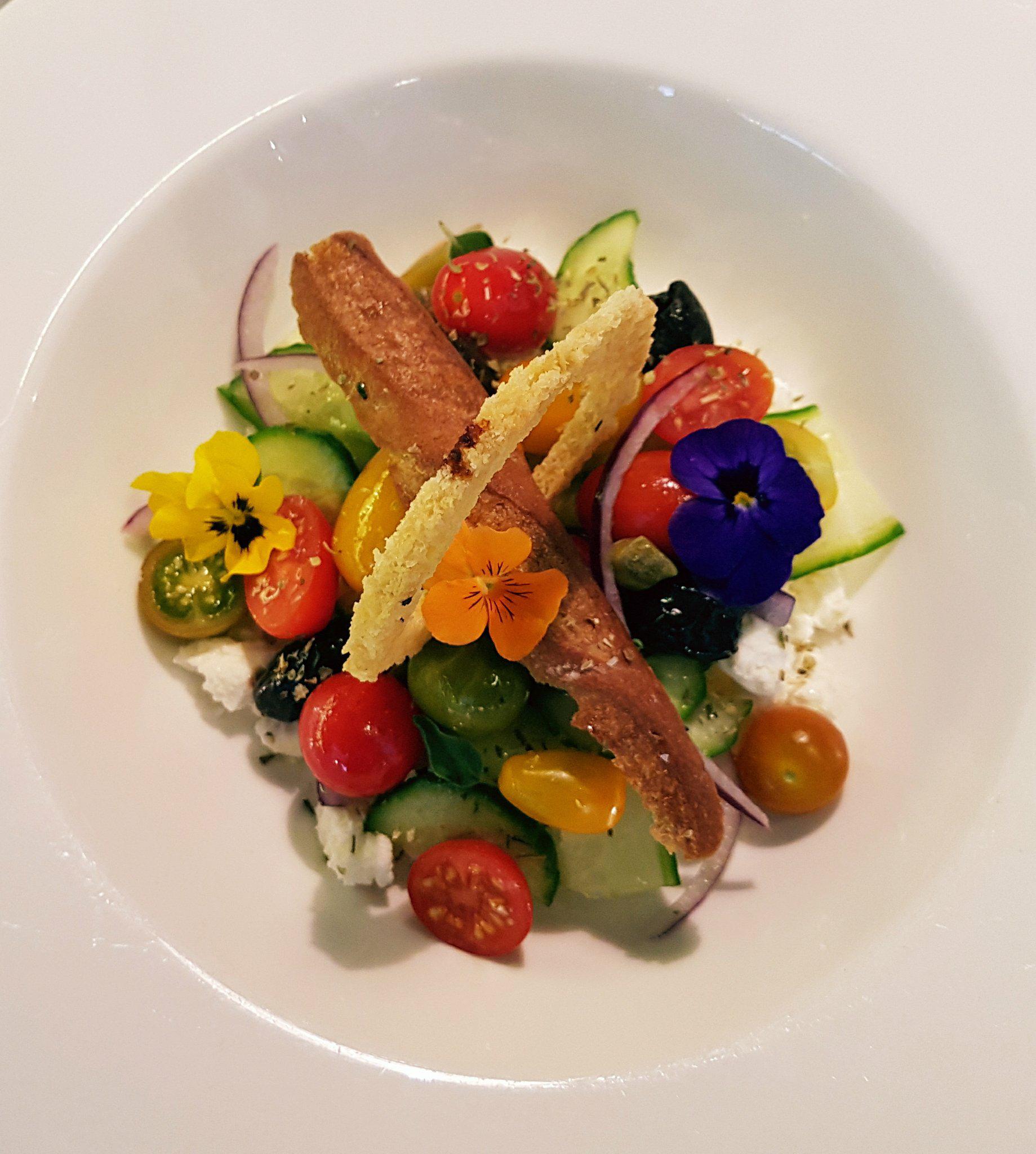 This is the first guest recipe post, introducing Andrea’s Greek salad with edible flowers.  Andreas Kamarias is a chef I had the pleasure to work with and a friend. This post is a tribute to his genuine friendship.

Andreas and I worked in the same restaurant in London for around 1 year, and often in the same team. At either the wood oven pizza section, where he kept praising about how good the Greek style pizzas are. Very dangerous move in a kitchen full of Italians I would say. Or at the cold starters section where he used to make sculptures with the wasabi against my minimalist wasabi cubes. Common disagreements involved football history, yes as a Portuguese I will never forget the 2004 Euro final that we lost to the Greek team in our own house. During this period we were also able to find common tastes like the famous “cold hot chocolate drink”, apparently as common in Greece as in Portugal, however, the baristas always failed to understand our taste, guess it’s a cultural thing. Andreas made sure to attend my leaving party and I am very grateful for that. It really makes a difference having your colleagues, the people whom you spent most of the time with for months, on that last drink.

Always a pleasure to work with people who are truly passionate about food. Some of the dishes Andreas prepared while we worked together: a delicious moussaka (before I turned vegetarian), Loukoumades (Greek light, sweet and airy fritters usually coated in honey), and this gorgeous Greek salad that he generously shared the recipe with me and this blog.

Start by making the croutons, preheat the oven to 180º/356F/Gas4, grate 1 garlic clove into a small bowl, mix with extra virgin olive oil and thyme leaves, brush some finely sliced bread (use focaccia, ciabatta or baguette) with this olive oil mixture and transfer into a baking tray, bake until golden and crunchy, around 5 minutes.

In another bowl toss together the tomatoes, cucumber and onion with Maldon salt, extra virgin olive oil and oregano. If using mainly sweet tomatoes, add a squeeze of lemon juice.

To assemble crumble the feta cheese into a plate or serving bowl, top with the marinated tomatoes, cucumber and onion, scatter some kalamata olives, finally garnish with the crunchy croutons and a few viola edible flowers for an elegant touch.

This site uses Akismet to reduce spam. Learn how your comment data is processed. 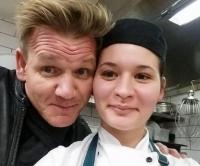 Hi and Welcome to Dont ask 4 Salt blog, my name is Andreia and this is where I post my best vegetarian recipes and my favourite places to eat in London. Follow me on instagram and facebook to get more recipes…read more